History of the Vaganova Ballet Academy

On May 4th, 1738 in St. Petersburg, the young capital of Russia, an event took place which was to have a great significance to the culture of the world.  By Imperial Decree of Empress Anna, the first Russian School of Theatrical Dance was founded.  Known as the Imperial Theatre School, it was established through the initiative of the French ballet master and teacher Jean-Baptiste Landé. Twelve girls and boys began to study ‘the foreign steps’ on one of the upper floors of the Winter Palace. The early teachers were from Western Europe – the French Landé, Franz Hilferding and Giovanni Canzianni, from Austria and Italy, respectively. The first Russian teacher to emerge from the School was Ivan Walberg, who produced many notable ballets for the Imperial Theatre.

In 1801, Charles Didelot came to St. Petersburg and took over the direction of the ballet company and its school. He taught at the Imperial Theatre School for over 20 years, producing many ballets and raising the level of ballet education to a very high standard. Following Didelot, other ballet masters of the French School came to St. Petersburg: Jules Perrot, whose ballets Giselle and Esmeralda are still performed today, Artur Saint Leon, who produced Coppelia and, in 1847, a teacher who was to profoundly influence the School – Marius Petipa. During his sixty-three years in St. Petersburg, the prolific Petipa created forty-six original full-length ballets as well as countless divertissements and ballets for the opera stage. In collaboration with Peter I. Tchaikovsky, Petipa created the three greatest classical masterpieces of the 19th century, Swan Lake, Sleeping Beauty, and The Nutcracker. Today, these ballets still form the repertoire cornerstone of classical ballet companies throughout the world. Many of Petipa’s works were specifically choreographed for the Imperial Theatre School students.

Other renowned ballet masters who taught at the Imperial School during the Petipa years were Enrico Cecchetti and Christian Johannson. The synthesis of Johannson’s elegant Franco-Russian style and the exhilaration of the Italian school produced a generation of dancers whose names are synonymous with the glory of Russian ballet: Anna Pavlova, Tamara Karsavina, and Vaslav Nijinsky. 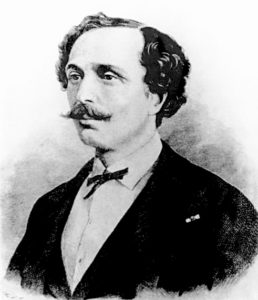 Another graduate of that period was Mikhail Fokine, whose works (Chopiniana, Firebird, Petrouchka, et al.) would become harbingers of a new era in classical dance. Fokine taught at the School from 1904 till 1916, and his students were early interpreters of his choreography. George Balanchine, the internationally acclaimed choreographer and the founder of New York City Ballet, graduated from this School in 1921. Acclaimed choreographers Fedor Lopukhov, Leonid Lavrovsky, Yuri Grigorivitch and Oleg Vinogradov all graduated from the School.

In the late 50s and 60s, three Vaganova Academy graduates, who were to attract international fame and recognition, began their professional dancing lives on the Kirov (now Mariinsky) Theatre stage: Rudolf Nureyev, Natalia Makarova and Mikhail Baryshnikov. Recent graduates Julia Makhalina, Farukh Ruzimatov, Diana Vishneva, and Ulyana Lopatkina are today’s stars, not only at the Kirov, but with leading ballet companies around the world. Nikolai Tsiskaridze, former principal dancer of The Bolshoi and Mariinsky Theatres and an international guest artist, is currently a Principal of the Vaganova Ballet Academy. Zhanna Ayupova, former ballerina of the Mariinsky Theatre holds the position of its Artistic Director.

Since its inception, the School has produced distinguished dancers and choreographers, but there was a teacher who most profoundly influenced the training system.

Agrippina Vaganova graduated from the School in 1897 and, after completing her performing career, began to teach there in 1921. A masterful and astute teacher, Vaganova developed a codified and comprehensive syllabus that established a new era in ballet education. In 1957, six years after Vaganova’s death, the School was named after her.

Throughout its history, the Vaganova Ballet Academy has endeavored to preserve and enhance the best traditions of the classical heritage. The Academy is justly renowned for its excellence, and international dignitaries, celebrities and royalty make a point of visiting the Academy when they visit St. Petersburg. Among those are: Her Majesty Queen Elisabeth II, Princess Margaret and Prince Michael, Queen Beatrix of Netherlands, Queen Silvia of Sweden, Grand Duchess Leonida, Prince Golitsin and Count Vasilchikov.

Today the Academy has 340 students, and competition for a place at the School is fierce. Throughout the school year, thousands of children apply for consultations with our ballet staff to assess their suitability for acceptance. Of these, approximately 70 are accepted. Even then, the training is extremely difficult, and only 30 or so students actually complete the studies. Those who persevere join the leading ballet companies in Russia and abroad.